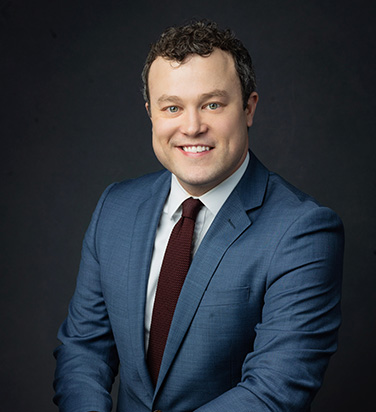 Cameron Lucke was born in Ft. Lewis, Washington into a multi-generational military family. The son of a career Army father, Cameron and his family moved frequently during his formative years. During undergrad in East Lansing, Michigan, Cameron traveled, interned and worked in Colorado during the summers. Quickly falling in love with the state, he decided one day to make Colorado his permanent home.

Cameron earned his B.A. degree from Michigan State University in 2010 and was accepted to The University of Denver Sturm College of Law. There he found his passion for trial work. As a member of the National Trial Team, he traveled and competed in various national trial events, winning awards such as “Best Orator” and “Best Closing.” Also during this time, Cameron interned with the Colorado Public Defender’s Office, acquiring intensive in-court experience and skills that he continues to use to this day. Cameron earned his J.D. from the University of Denver Sturm College of Law in 2014 and began his legal career at a Personal Injury firm in Colorado Springs. As a Personal Injury attorney, he became a fierce advocate for his clients. In June 2017, Cameron moved to Fort Collins to continue representing clients in Personal Injury cases and expanded into the practice of Worker’s Compensation litigation.

His strong advocacy and trial skills combined with compassion and a desire to help people navigate through difficult life changes naturally led Cameron toward the practice of Family Law.

When not at work, Cameron can be seen and heard cheering on the Michigan State Spartans, actively and passively enjoying sports (especially soccer), cooking, and spending time in the great outdoors with his dog, Quinn, and girlfriend, Megan.